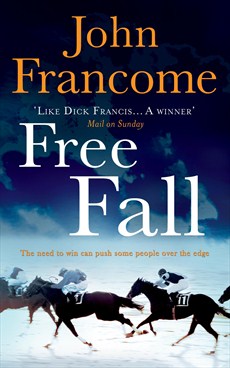 Jockey Pat Vincent has ambitions to win the best races and become a wealthy sporting hero. But Pat knows his dreams will never be fulfilled so he's devised a brilliant new scam which, if discovered, would see him warned off for life. But first it's guaranteed to make him rich. Pat's girlfriend Zoe is starting her second full season as an apprentice jockey. A talented rider, she has a chance of becoming champion apprentice, if she's not sidetracked by the disaster of her sister Harriet's unhappy marriage! Along the crumbling cliffs in Somerset a man walks his dog. Every day Andy Burns - Pat's partner-in-crime, Harriet's tortured husband - wrestles with the demons that haunt his life. But Andy would be better off keeping his thoughts on the ground - it's a long way down to the beach below.