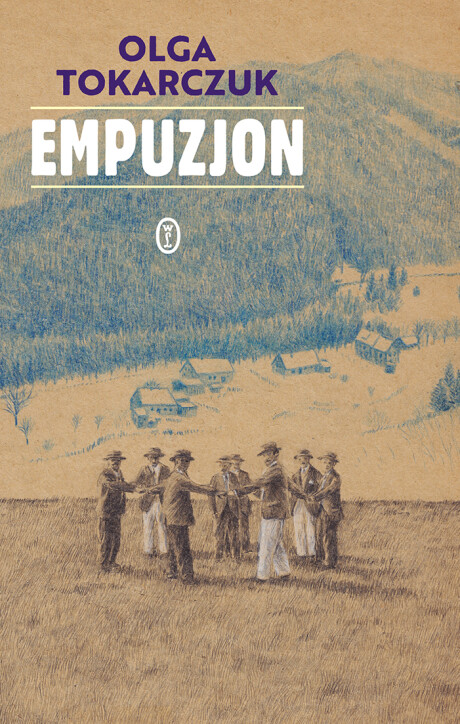 September 1913, a health spa named Görbersdorf (now the town of Sokołowska in Lower Silesia). Here, at the foot of the mountains, one of the world's first specialized sanatoria for treating "chest and throat" ailments has been in operation for over fifty years and is now famous throughout Europe.

Mieczysław Wojnicz, a student from Lwów (now Lviv in Ukraine, but then in Poland), arrives at the spa in the hope that the latest methods and crystal-clear air will stop the development of his disease, or perhaps cure him completely. But the diagnosis leaves no room for illusions - it's tuberculosis. He stays at the Boarding House for Gentlemen, where he meets some other patients. Over a liqueur named Schwärmerei, the sick men from Vienna, Königsberg, Breslau and Berlin tirelessly discuss the world's most pressing matters. Is Europe at threat of war? Monarchy or democracy? Do devils exist? When you abandon yourself to reading, can you tell if a text was written by a man or a woman?

But it's not just these questions that occupy the boarding-house residents. Mieczysław also hears shocking stories about tragic events that have occurred in the highlands around the sanatorium. Though busy trying to discover the truth about himself, the mystery of the terror-inducing events fascinates him more and more. But he doesn't know that sinister forces have already chosen him as their target.

In EMPUZJON, Olga Tokarczuk reveals to her readers truths about the world that either we do not notice, or we prefer to ignore at any cost.

“It can be read not just a critique of małe chauvinism, but also as a wider-ranging condemnation of various forms of oppression that still stigmatise people in some modern societies through the use of stiffly (and narrowly) imposed gender categories. ... It is above all an invitation into a world of the imagination that goes far beyond spaces that are familiar to us, and in which we are accustomed to feeling safe.” - Onet Kultura