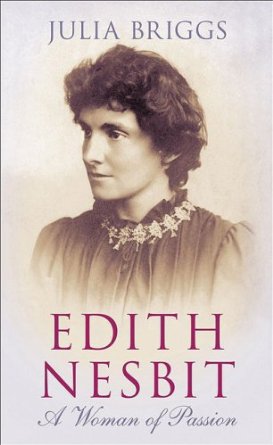 Edith Nesbit is one of the greatest children's writers of the century. Though known in her day for her poems, short stories and romantic novels, she is now remembered as the author of "The Railway Children", "The Treasure Seekers" and many other stories of magic and adventure. Her readers loved to think of her as a reassuringly aunt-like figure, but this biography reveals her as a wilful, demanding and adventurous woman, a true Bohemian who broke all society's rules in her search for love. Nesbit has previously been presented as the much-exploited and long-suffering victim of her husband, Hubert Bland, a compulsive womaniser. The truth is more complex: an intense, if unconsummated affair with Bernard Shaw was followed by a series of love affairs with younger men. At the same time, her closest friend Alice Hoatson moved into her home as a housekeeper, where she bore Hubert two children whom Edith brought up as her own. The Blands were the founders of the Fabian Society, and this book records their friendships with figures like the Webbs, Eleanor Marx, Olive Schreiner and H.G. Wells. Edith Nesbit's own writing reflects her dynamic energy, her sense of fun and passionate joie-de-vivre. Julia Brigg's biography explores with subtlety the complex relationship between her life and her fiction.

Other Julia Briggs, Estate of Titles