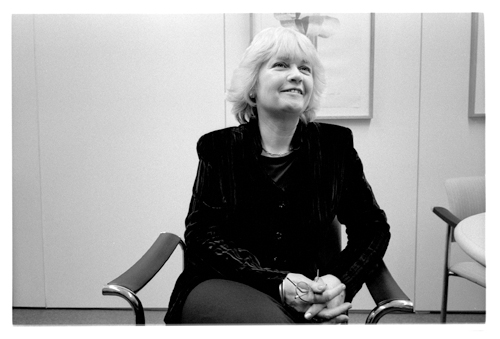 Shena Mackay was born in Edinburgh in 1944 (on D Day – 6 June). A prize in the Daily Mirror Children’s Literary Competition for a poem she wrote when she was fourteen was a great encouragement. Her first two novellas, written in her teens, were published to acclaim in 1964. They were Dust falls on Eugene Schlumberger and Toddler on the Run, which was made into a BBC Wednesday Play. Since then she has published nine novels and five collections of short stories and edited two anthologies. Winning a prize in the BBC Radio3/ Listener magazine short story competition in the early 1980s inspired her to write more stories and led to the publication of her first collection Babies in Rhinestones. One of those stories, The Most Beautiful Dress in the World was filmed for the BBC Bookmark programme. In 1986 her novel Redhill Rococo won the Fawcett Prize and she has received Scottish Arts Council Book Awards for the novel Dunedin and The Laughing Academy (stories), and a Society of Authors Travelling award. Her novel The Orchard on Fire was shortlisted for the 1996 Booker Prize and the McVitie’s prize, and Heligoland  was shortlisted for the Orange Prize. Her work has been widely broadcast and anthologised. She has been a judge for several literary prizes including the Booker and the Whitbread prizes. The Atmospheric Railway: New and Collected Stories was published in 2008 and was published in paperback in 2010. She has since written Dancing on the Outskirts, a collection of short stories published in 2015, and Dunedin, her latest novel, published in 2016.

Shena Mackay is a Fellow of the Royal Literary Society. She lives in Southampton and has three daughters (Sarah Clark, who teaches, Rebecca Smith, a novelist, and Cecily Brown, painter) and five grandchildren.