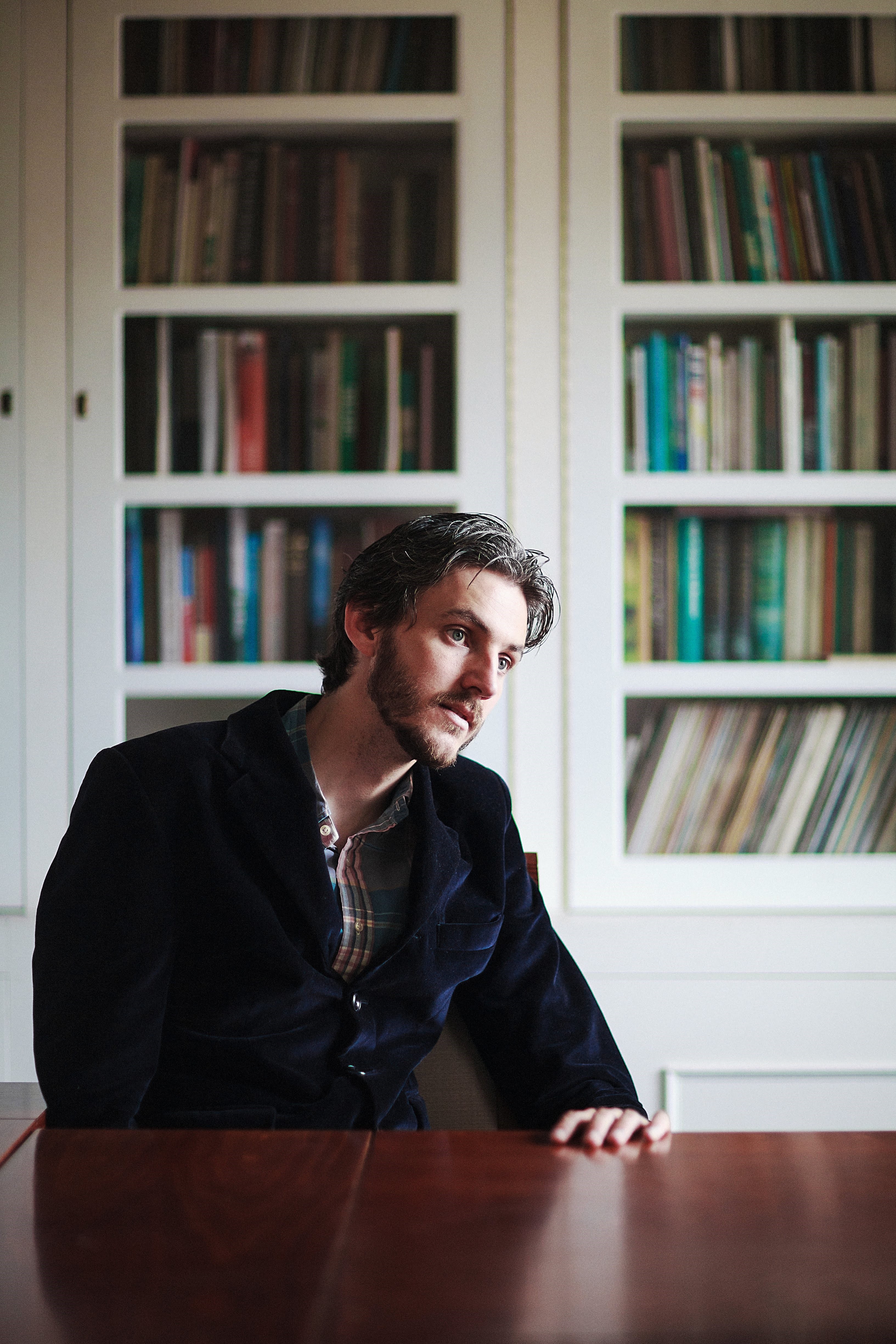 Rob Doyle was born in Dublin. His first novel, Here Are the Young Men, was chosen as a book of the year by the Sunday Times, Irish Times and Independent, and was among Hot Press magazine’s ‘20 Greatest Irish Novels 1916-2016’. Doyle has adapted it for film with director Eoin Macken. Doyle also has a published collection of short stories; This is the Ritual. Doyle is the editor of the anthology The Other Irish Tradition and In This Skull Hotel Where I Never Sleep. His writing has appeared in the Guardian, Vice, TLS, Dublin Review, and many other publications, and he writes a weekly books column for the Irish Times. His newest book Threshold will be published in 2020. He teaches on the MA in Creative Writing at the University of Limerick.

In praise of Rob Doyle:

‘These bleak, brilliant stories maintain the tradition of Swift and Joyce.. Compelling’ Sunday Times (on This is the Ritual)

‘(a) masterstroke in experimental fiction, brimming with ideas, vulgarity and intelligence. Ireland has just gained a cult author of exceptional Talent.’ The Independent on This Is The Ritual

'This is the funniest novel I've read since January...its unashamedly navel-gazing, slyly cosmopolitan and an absolute blast' The Daily Mail

‘For sheer bravery and for style, for its integrity of vision and for its uncompromising tone’ Colm Toibin picks Here Are The Young Men for his Book of the Year in the Irish Times

‘Threshold, and the narrator, leave me in awe.” Rachel Kushner

‘I’m quite overwhelmed.. tremendous … there’s a formidable quality to the writing.. the ability to generate the shock that rare work gives the reader, not only in the pleasure and gratitude it engenders, but the serious business of the lines and engines of your own life finding answer and echo in another’s art.” Sebastian Barry

‘A fine debut. It shines a light into a relatively unexplored region: the psyches of youth adrift in a world where old verities no longer exist … A rollicking good read. God may be dead, but a new literary star is born’ – Sunday Times (on Here are the Young Men)

“Threshold is extraordinary, quite unlike anything I’ve read before. It’s intimate, a revelation in the literal sense of that world, and yet it’s full of curiosity. It’s hit me right in the gut, made me think about my own life and the things that I’ve done in it. It’s fearless and challenging, inventive and compulsive, unique and utterly heartfelt. A book that will stay with me for a very long time. Masterful.” John Boyne

“I’m tempted to quote Nietzsche back at Rob Doyle: he’s not a writer – he is dynamite! Except – like Nietzsche – he’s a tremendous writer too. And I have a suspicion that the author of this provocative and thrilling collection is going to get even better.” –  Geoff Dyer

‘A powerful, passionate and electrifying novel. Many writers try to recreate the traumas and anxieties of teenage years in fiction but very few manage it with as much conviction as Rob Doyle. The language is unflinching, the story uncompromising….  easily the most honest account of young Irish people for many years’ – John Boyne, author of The Boy in the Striped Pyjamas

‘Threshold is audacious, daring and deranged, endlessly entertaining, furiously funny and – to hurtle to the other end of the alphabet – wonderful… highly original” Geoff Dyer

‘It’s dazzling. This book confirms his status as one of the most original and intelligent writers at work today.’ – Donal Ryan on Threshold

“Full of booze, books, sex and despair yet, despite the bleakness of its stories, skewered as they are on broken hearts and broken artistic dreams, Doyle’s cocky passion provesirresistible. He writes with the confidence of a literary giant … A series of heartening and humane interior struggles. Doyle is as good as everyone – from John Boyne to Colm Toibin – says he is” –  Daily Mail

“Doyle displays a ludic sensibility … The stories are gleefully nihilistic … He has a gift for evoking the base and unpleasant aspects of life in vivid and visceral detail … It creates an almost hypnotic effect; a miasmic fictional space into which the reader slips” –  Times Literary Supplement

‘Unblinking depiction of male desperation’ – Books of the Year, Independent

‘A compelling read’ – Books of the Year, Irish Times

‘A lament for the blank generation, the literary equivalent of the song from which it takes its name, Joy Division’s Decades . a powerful debut, maybe the first novel since Kevin Power’s Bad Day in Blackrock to interrogate the dark side of the young Irish male’s psyche’ – Irish Times

‘a brilliant,  maverick achievement. A Pilgrim’s Progress for our time.’ Mike McCormack

‘Doyle has outdone himself. I was buzzing after reading Threshold: it’s the kind of work you have to come down from – playful, potent, lurid, moving and fearless.’ Lisa McInerney

‘an extremely funny book, a novel that sends itself up mercilessly even as it is created. His best work to date.’  – Kevin Barry on Threshold

“A tremendous talent. Every page fizzes with vitality” –  Kevin Barry, author of Beatlebone

This sly tale told against its author takes the reader on a destabilising voyage of discovery and self-disgust . Each section of the book - cleverly masked as a tale told against its teller - blossoms critically in two or three directions . Whatever else it is,Threshold is surely the record of a voyage - a book of experience in some quite old-fashioned, powerful sense (GUARDIAN)

Not many books manage to expand your mind, do your head in and set you laughing out loud. This one does, and Doyle's words sing on the page (SPECTATOR)

'[Rob Doyle] is following in the footsteps of his countryman James Joyce by refusing to repeat himself and by pushing his genius beyond ordinary boundaries…  funny and scary and profoundly compelling with an unnerving candor and humor, it ends up feeling like collaboration among Kafka, Camus, and Mark Twain… Rob Doyle’s writing leaves us with—“the sense, euphoric and terrifying, that everything was possible again.”' - Michael Patrick Pearson on Threshhold (NEW YORK JOURNAL OF BOOKS)

'Written in lyrical prose … this tragicomic, introspective, and philosophical work beautifully explores the limits of our understanding' (BOOKLIST)