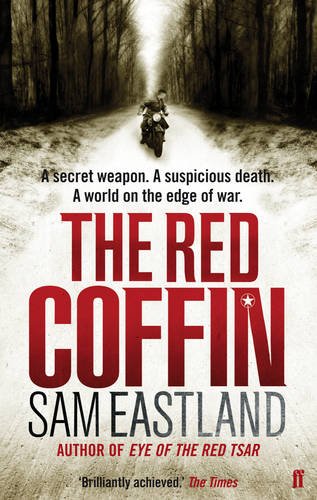 It is 1939. The world stands on the brink of Armageddon. In the Soviet Union, years of revolution, fear and persecution have left the country unprepared to face the onslaught of Nazi Germany. For the coming battles, Stalin has placed his hopes on a 30-ton steel monster, known to its inventors as the T-34 tank, and, the 'Red Coffin' to those men who will soon be using it.

But the design is not yet complete. And when Colonel Nagorski, the weapon's secretive and eccentric architect, is found murdered, Stalin sends for Pekkala, his most trusted investigator. Stalin is convinced that a sinister group calling itself the White Guild, made up of former soldiers of the Tsar, intend to bring about a German invasion before the Red Coffin is ready. While Soviet engineers struggle to complete the design of the tank, Pekkala must track down the White Guild and expose their plans to propel Germany and Russia into conflict.