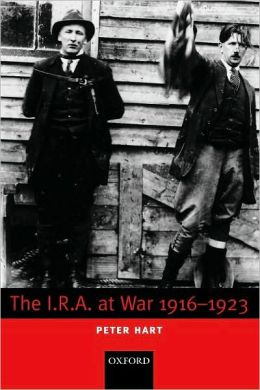 Between 1916 and 1923, Ireland experienced rebellion and mass mobilization, guerrilla and civil war, partition and ethnic conflict, and the transfer of power from British to Irish governments. The essays in "The I.R.A. at War" propose a new history of this Irish revolution: one that encompasses the whole of the island as well as Britain, all of the violence and its consequences, and the entire period from the Easter Rising to the end of the Civil War. When did the revolution start and when did it end? Why was it so violent and why were some areas so much worse than others? Why did the I.R.A. mount a terror campaign in England and Scotland but refuse to assassinate British politicians? Where did it get its guns? Was it democratic? What kind of people became guerrillas? What kind of people did they kill? Were Protestants ethnically cleansed from southern Ireland? Did a pogrom take place against Belfast Catholics?

These and other questions are addressed using extensive new data on those involved and their actions, including the first complete figures for victims of the revolution. These events have never been numbered among the world's great revolutions, but in fact Irish republicans were global pioneers. Long before Mao or Tito, Sinn Fein and the Irish Republican Army were the first to use a popular political front to build a parallel underground state coupled with sophisticated guerrilla and international propaganda and fund-raising campaigns. Ireland's is also perhaps the best documented revolution in modern history, so that almost any question can be answered, from who joined the I.R.A. to who ordered the assassination of Sir Henry Wilson. The intimacy and precision with which we are able to reconstruct and analyse what happened make this a key site for understanding not just Irish, but world history.

Other Peter Hart, Estate of Titles