The Demolition of the Century 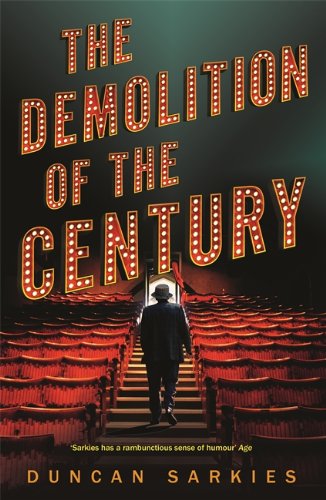 Tom Spotswood (aka William McGinty) is an insurance investigator who has lost his socks, his suitcase, his career, his ex-wife and, most importantly, his son, Frank.

He is being followed by Robert Valentine, the mysterious owner of the horse with no sperm; Alastair Shook and his van of teenage guards; and Spud, a demolition man who is using his wrecking ball to bring down the most beautiful movie theatre in town, the Century.

Duncan Sarkies has written several plays, film scripts and live shows as well as two novels. He wrote an episode for the HBO TV series Flight of the Conchords, and his book of short stories, Stray Thoughts and Nose Bleeds, won Best First Book at the Montana New Zealand Book Awards in 2000.