The Assassination Of Reinhard Heydrich 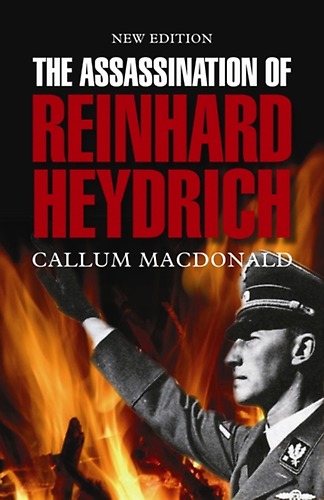 SS-Obergruppenfuhrer Reinhard Heydrich rose through the ranks from relative obscurity in the 1920s to the pinnacle of power in the Third Reich by 1936. He was considered the most dangerous man in Nazi Germany after Hitler himself. He was Himmler's deputy, yet even Himmler feared him. He operated in secret, quietly devoting his time to organising the Holocaust. On 27 May 1942 a Czech agent, part of a team of parachutists trained by SOE, threw a bomb at a passing Mercedes Heydrich was travelling in. Eight days later he died in agony from his wounds. The assassination sent a shock wave through the Nazi leadership and provoked ferocious reprisals against Czechs and Jews, the most notorious of which was the total obliteration of Lidice and the massacre of its inhabitants. Based on original archive material and interviews with surviving members of SOE and Czech military intelligence, this story of danger and tragedy is as exciting and strange as a spy thriller.

Other Callum MacDonald, Estate of Titles