Midnight in the Garden of Evel Knievel 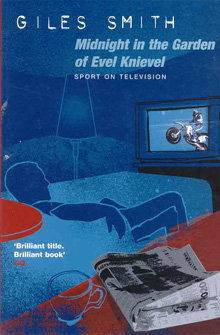 Manchester United scooping the Treble; Schumacher barging Hill off the track; Tyson chewing Holyfield; Argentina beating England on penalties; Germany beating England on penalties; everybody else beating England on penalties ...Name any one of the defining sporting moments of the last decade, Giles Smith wasn't there. He was at home, watching on the television. Like most people. And then he wrote about it. Midnight in the Garden of Evel Knievel collects the best of Smith's award-winning columns for the Daily Telegraph into a single volume of fearless, hard-hitting and not always entirely serious reports from sport's front-line - the living room.