How To Read Wittgenstein 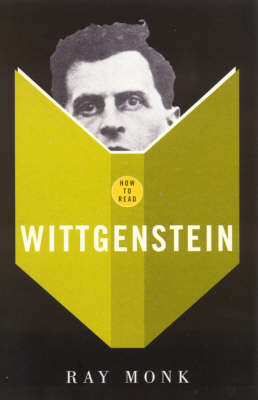 Granta's new How to Read series is based on a very simple, but novel, idea. Most beginners' guides to great thinkers and writers offer either potted biographies or condensed summaries of their major works. How to Read, by contrast, brings the reader face to face with the writing itself in the company of an expert guide. Its starting point is that in order to get close to what a writer is all about, you have to get close to the words they actually use and be shown how to read those words. Each book in the series will hopefully be a masterclass in reading. Our authors have been asked to select ten or so short extracts from a writer's work and look at them in detail as a way of revealing their central ideas and thereby opening the doors onto a whole world of thought. The books will not be merely a compilation of a thinker's most famous passages, their 'greatest hits', but will rather offer a series of clues or keys that will enable to reader to go on and make discoveries of their own. In addition to the texts and readings, each book will provide a short biographical chronology and suggestions for further reading, internet resources and so on. The books in the How to Read don't claim to tell you all you need to know. Instead they offer a refreshing set of first-hand meetings with those minds. Our hope is that these books will instruct, intrigue, embolden, encourage and delight. Though Wittgenstein wrote on the same subjects that dominate the work of other analytic philosophers - the nature of logic, the limits of language, the analysis of meaning - he did so in a peculiarly poetic style that separates his work sharply from that of his peers and makes the question of how to read him particularly pertinent. At the root of Wittgenstein's thought, Monk argues, is a determination to resist the scientism characteristic of our age, a determination to insist on the integrity and the autonomy of non-scientific forms of understanding. The kind of understanding we seek in philosophy, Wittgenstein tried to make clear, is similar to the kind we might seek of a person, a piece of music, or, indeed, of a poem. Extracts are taken from Tractatus Logico-Philosophicus and from a range of Wittgenstein's posthumously published writings, including Philosophical Investigations, The Blue and Brown Books, On Certainty and Last Writings on the Philosophy of Psychology.