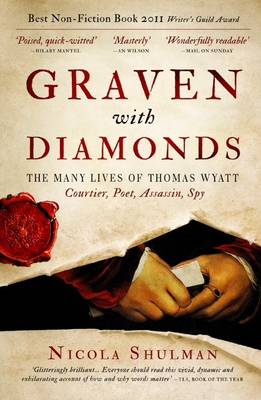 Learned divines despised it, sober heads ignored it, but for Henry, the beau ideal of chivalry, poetry made things happen. It affected his wars, his diplomacy and his many marriages. It was at the root of his fatal attraction to Anne Boleyn, the source of her power and it was the means of her destruction. In this witty, intriguing, accessible account, Nicola Shulman interweaves the bloody events of Henry's reign with the story of English love poetry and the life of its first master, Henry's most glamorous and enigmatic subject: Sir Thomas Wyatt. Courtier, spy, wit, diplomat, assassin, lover of Anne Boleyn, and favourite both of Henry and his sinister minister Thomas Cromwell, the brilliant Wyatt was admired and envied in equal measure. His love poetry began as an elite and risque entertainment for the group of ambitious men and women at the slippery top of the court. But when the axe began to fall among this group, and Henry's laws made his subjects fall silent in terror, Wyatt's poetic skills became a way to survive. He saw that a love poem was a place where secrets could hide.