Ambiguous Republic: Ireland in the 1970s 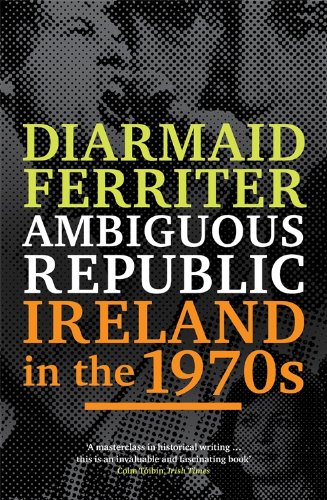 'Hard-nosed scholarship and moral passion underpin Diarmaid Ferriter's work.' Now he turns to the key years of the 70s, when after half a century of independence, questions were being asked about the old ways of doing things. Ambiguous Republic considers the widespread social, cultural, economic and political upheavals of the decade, a decade when Ireland joined the EEC; when for the first time a majority of the population lived in urban areas; when economic challenges abounded; which saw too an increasingly visible feminist moment, and institutions including the Church began to be subjected to criticism.

Diarmaid Ferriter's earlier books have been described as 'a landmark' and 'an immense contribution'; making 'brilliant use of new sources'; 'prodigiously gifted', and 'groundbreaking'. All those words apply to this important book based on recently opened archives and unique access to the papers of Jack Lynch and Liam Cosgrave.