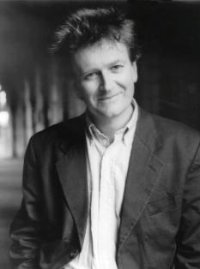 Duncan Sprott was born in 1952 in Ongar, Essex, England. He read theology at St Andrews University, Scotland - where he won the G.W. Anderson Prize for Hebrew - then studied life-drawing at Heatherley's Art School, London. He taught English, Greek and Drama for 13 years and has been writing full-time since 1990.

Work in progress: The Ptolemies Quartet, a reconstruction of the story of the Greek pharaohs of Egypt from Alexander the Great to the fall of Kleopatra (323-30 BC).

Duncan Sprott was awarded an Arts Council Literature Bursary in 1995; his journalism has appeared in the Sunday Times, Guardian, Telegraph Magazine, Sunday Telegraph, and Agenda. He currently lives in Ireland.