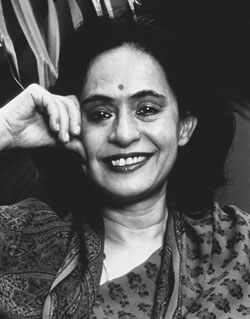 Gita Mehta is the author of three international bestsellers - Karma Cola, her wry take on marketing of the mystic East; the rich historical saga of Raj; and the hypnotic tales of A River Sutra. Her books have been translated into thirteen languages and published in twenty-seven countries. She has written, produced and directed a number of documentaries for American, British and European television companies and had articles published in the Sunday Times, Spectator, Tatler, Vogue and Vanity Fair. She is married, with one son, and lives between the United States, England and India. Her most recent book, Snakes and Ladders: A View of Modern India, was published in the United Kingdom in 1997 by Secker & Warburg.