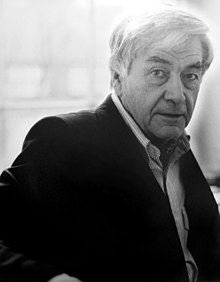 Robert Kee, CBE (1919 – 2013) was a British broadcaster, journalist and writer, known for his historical works on World War II and Ireland. He was educated at Stowe School, Buckingham, and read history at Magdalen College, Oxford.

During World War II he served in the Royal Air Force as a bomber pilot. Flying the Handley Page Hampden he was shot down by flak while on a night mine-laying mission off the coast of German-occupied Holland. He was captured and spent three years in a German POW camp. This gave him material for his first book A Crowd Is Not Company. It was first published as a novel in 1947 but was later revealed to be an autobiography. It recounts his experiences as a prisoner of war and his various escapes from the Nazi camp. The Times describes it as "arguably the best POW book ever written."