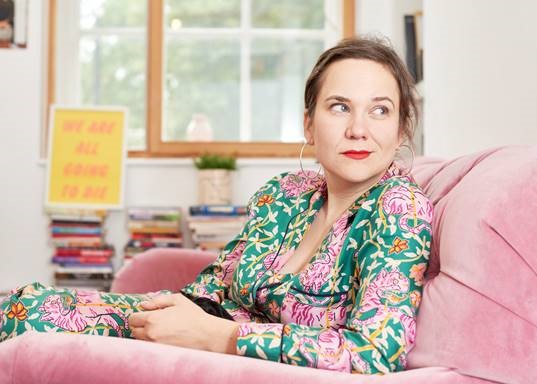 Sophie Heawood grew up in York, where she went to the local schools while longing to attend Mallory Towers. She studied languages at Kings College London but dropped out and eventually got her degree at night school. She has lived in Barcelona, where she was a teenage au pair, Hong Kong, where she acted as an extra in low-budget Chinese soap operas, and Los Angeles, where she interviewed celebrities for British newspapers. Her journalism career began writing pop music reviews for the Guardian and she now writes for The Guardian, Observer, Sunday Times and Vogue. Sophie now lives in Hackney, East London with her daughter and their dog, Chips. Her bestselling memoir, The Hungover Games, was published by Cape in 2020 and has been optioned for TV.