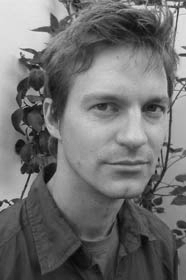 Rob Young is the former editor of The Wire magazine and contributes to Uncut, Sight and Sound, Frieze and Art Review. His first book Eletric Eden: Unearthing Britain’s Visionary Music, is a seminal work of musical and cultural history that spans the visionary folk tradition from the nineteenth century through to the present day.

In praise of Rob Young:

‘Hugely ambitious … What keeps it consistently readable is the happy marriage between Young s incisive observation and his talent for a vivid phrase … A thoroughly enjoyable read and likely to remain the best-written overview [of the modern British folk phenomenon] for a long time … I’ve already made several precious musical discoveries thanks to this book and I expect to make more.’ – Michel Faber, Guardian Book of the Week

‘Consitently absorbing.. After decades of opportunistic reportage, the modern publisher’s catalogue positively crawls with big, serios and thoroughly well-intentioned books about ‘English pop’. This is one of the best.’ – D J Taylor, Independent

‘Stunning … The thread of mapping modern instruments on to traditional folk tunes leads Young from Peter Warlock to Bert Jansch, Steeleye Span and the Aphex Twin, via the bucolic psychedelia of the Incredible String Band, the Beatles and Pink Floyd. This is no easy path to navigate but Young rarely wavers. – Bob Stanley, The Times

‘A comprehensive and absorbing exploration of Britain’s folk music, which serves, too, as a robust defence of the genre … What [folk music] emerges as, in this impassioned and infectious rallying cry of a book, is a musical tradition that is about so much more than morris dancing and a determination to hold onto the past. Folk, be it traditional, mystical, mythical, radical or experimental, is a living, breathing form, Young believes. It is everywhere, in all the music we hear, in every song we sing. Eletric Eden defies you to disagree.’ – Dan Cairns, Sunday Times

‘Beginning with a striking riff on how music and image open up wormholes into past times, Eletric Eden joins a multiplicity of dots. Moving from the folk revival of the early 20th century onto what the author calls Albion-centric, historically resonant folk-rock of the 60s and 70s, music fans will enjoy comprehensive analyses of Fairport Convention, Comus, Nick Drake and many others. Where Young takes more esoteric flight is when he convincingly works such disparate concepts as the free festival scene, Bagpuss and The Wicker Man into his meditations on an agrarian past that survives in the imagination. Fascinating.’ – Ian Harrison, Q Magazine