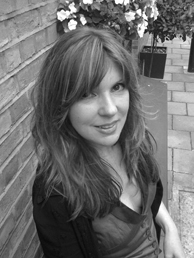 Niki Segnit had not so much as peeled a potato until her early twenties, when, almost by accident, she discovered that she loved cooking. Much as she enjoys haute cuisine, she’s not likely to reproduce it at home, preferring to experiment with recipes from domestic kitchens abroad. Her background is in marketing, specialising in food and drink, and she has worked with many famous brands of confectionery, snacks, baby foods, condiments, dairy products, hard liquors and soft drinks. Since summer 2010 she has written a weekly column on food combinations for The Times. The Flavour Thesaurus was published in 2010 and won the Guild of Food Writers Jeremy Round Award and the André Simon Award. Her second book Lateral Cooking was published in 2018 and was nominated for the André Simon Award, the Fortnum & Mason Food Book Award and The Guild of Food Writers Food Book Award. She lives in central London with her husband and children.