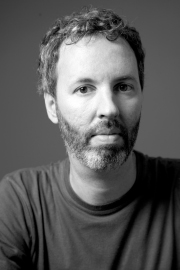 Michel Laub was born in Porto Alegre in 1973. A writer and journalist, he has published four novels, all through Companhia das Letras: Música Anterior (Anterior Music), 2001;Longe da Água (Far from the Water), 2004, also released in Argentina; O Segundo Tempo (The Second Half), 2006; and O Gato Diz Adeus (Cat´s Farewell), 2009. He is a winner of the Erico Verissimo/Revelation prize, conferred by the Brazilian Writers’ Union, and was twice short-listed for the Jabuti and Portugal Telecom awards, among others.  His works have been published in Denmark, France, Germany, Holland, Israel, Italy, Norway, Portugal, Spain, Sweden, Turkey and the UK.

(In association with Companhia das Letras)