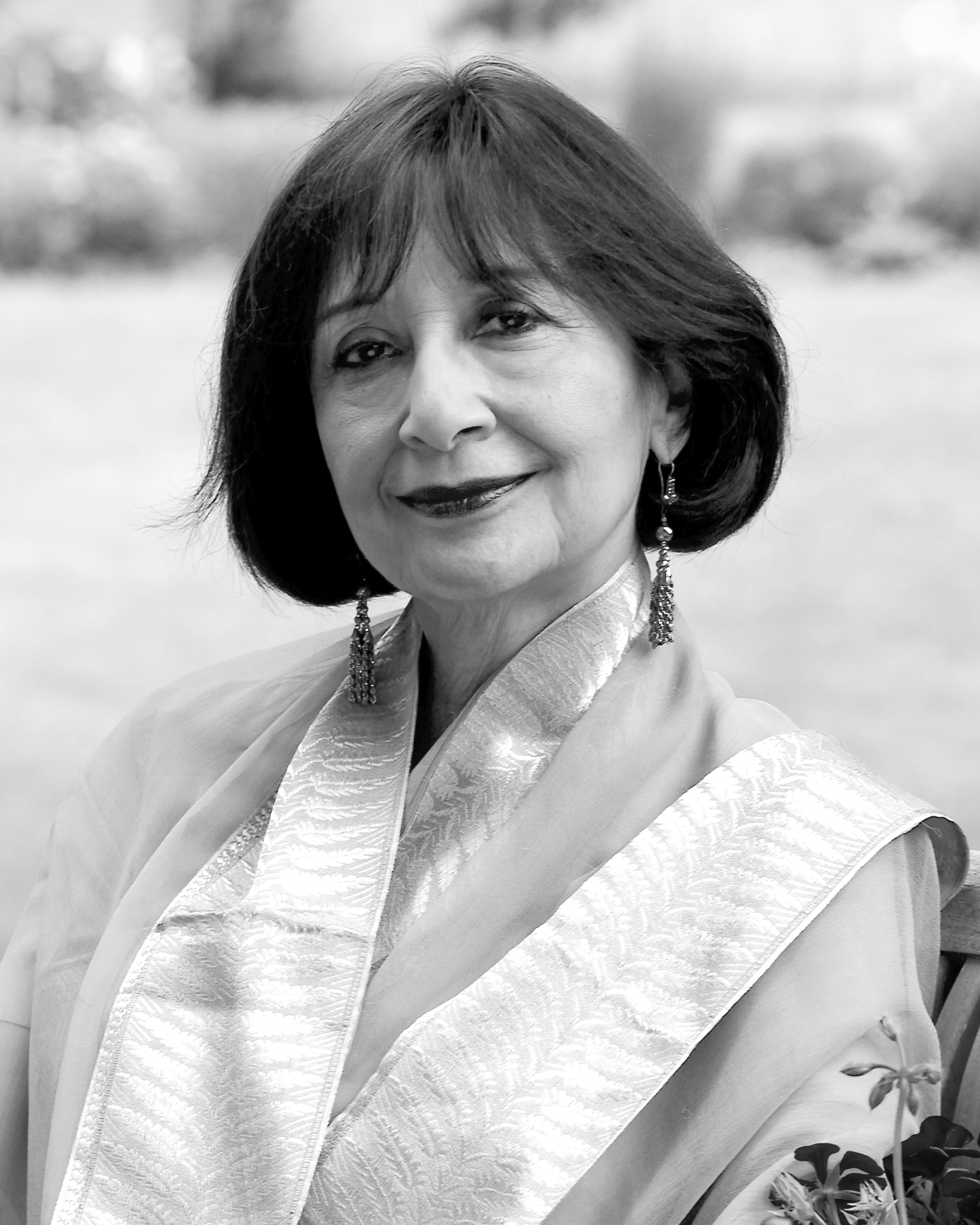 An award-winning actress, writer, cookbook author, TV chef and illustrator, Madhur Jaffrey was born in Delhi, India. In college she majored in English literature, graduating with the highest marks in the entire Delhi University. Her first job was at All India Radio where she worked as an announcer and disc jockey. She then went on to the Royal academy of Dramatic Art in London where she earned a Diploma with Honors. Her many films include Shakespearewallah, Autobiography of a Princess, Heat and Dust, Assam Garden, Cotton Mary, Six Degrees of Separation, Flawless, Chutney Popcorn and Prime. She has appeared on TV series such as EastEnders, Peacock Spring, Firm Friends and Law and Order, starred in theater productions such as the Royal Court’s Last Dance at Dum Dum, Medea at the Lyric, Hammersmith, and Bombay Dreams on Broadway. Side by side, Miss Jaffrey has had an illustrious career as a food-writer, cookbook author and TV cookery personality.

Her cookbooks include An Invitation to Indian Cooking, Eastern Vegetarian Cooking, A Taste of India World Vegetarian and the Ultimate Curry Bible. She has also done a six part series for BBC radio, From Manna to Microwave, on food in history. Miss Jaffrey has written for many major American and British food magazines and newspapers including the New Yorker, the New York Times and the Financial Times. She has won the Burt Greene Award for Food Journalism, the Glenfiddich Award for her TV cookery series, a Food-Writers Guild Cookbook of the Year award in the UK and two Cookbook of the Year awards from the James Beard Foundation in the US. She has been inducted into the World Food Media Awards Hall of Fame in Adelaide, Australia, the Cookbook Hall of Fame by the James Beard Foundation in the US and won the Best Actress Award at the Berlin International Film Festival. In 1993 Miss Jaffrey also won the Taraknath Das Award given by Columbia University for her contribution to Indo-American understanding through her work in the fields of acting and cookery. Miss Jaffrey, called the “Star of Screen and Cuisine” by Readers Digest, was recently made Commander of the British Empire by Queen Elizabeth II, for her contributions to the worlds of cooking and acting. Her latest book is a memoir, Climbing The Mango Trees.