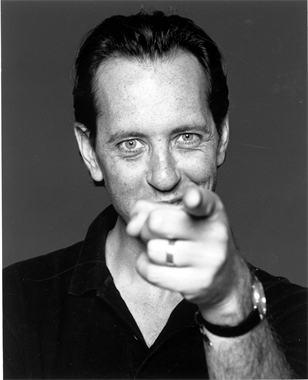 Richard E. Grant was born in 1957 in Mbabane, Swaziland and holds a degree in English and Drama from the University of Cape Town. He came to London in 1982, where he waitered, repped, toured and fringed until getting a role in a television satire about advertising, Honest, Decent and True. This led to his being cast in Bruce Robinson's cult classic Withnail And I in 1986. Grant's TV and film appearances include The Scarlet Pimpernel, Jack and Sarah, LA Story, Dracula, The Hound of the Baskervilles, Gosford Park, Girls, Doctor Who, Game of Thrones, Frasier, The Iron Lady and Downton Abbey and Star Wars: The Rise of Skywalker. He was nominated for an Academy Award in 2018 for Best Supporting Actor in Can You Ever Forgive Me? His book of film diaries, With Nails: The Film Diaries of Richard E Grant, was published in 1996 by Picador. The Wah-Wah Diaries, a book about his experience as the writer and director of his autobiographical movie, Wah-Wah, was published in 2006. He has also written occasional pieces for The Sunday Times, The Observer, Vanity Fair and Premier Magazine. Grant lives with his family in London.