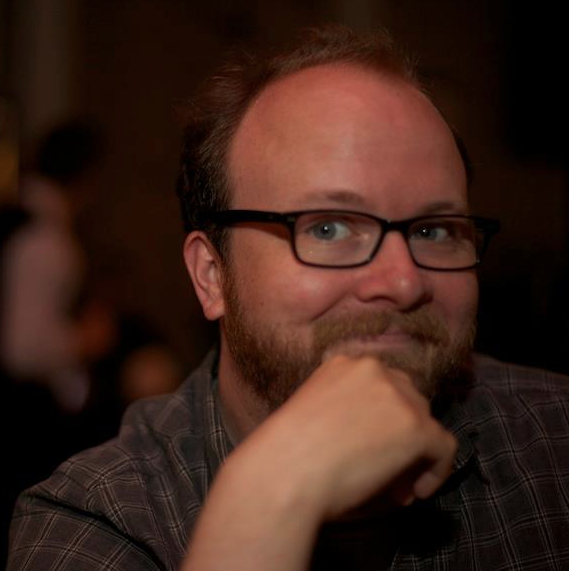 THE UNMAPPED MIND: A MEMOIR OF NEUROLOGY, AN INCURABLE DISEASE AND LEARNING TO LIVE was bought in a fiercely fought six-way auction by Penguin.

Christian Donlan is an award-winning journalist whose work has appeared in The New Statesman, Edge Magazine, Design Week and Vice, amongst other places.

"My daughter took her first steps on the day I was diagnosed - a juxtaposition so perfect, so trite, so filled with the tacky artifice of real life that I am generally too embarrassed to tell anybody about it."

The Unmapped Mind is a study of MS, the beauty of cartography, the mysterious map of the brain and the birth of neurology and of the relationship between a father and a daughter.
Shortly after his daughter Leontine was born, Christian Donlan's world shifted an inch to the left. He started to miss light switches and door handles when reaching for them. He became accident prone and would injure himself in a hundred stupid ways every day. First playful and then maddening, these strange experiences were the early symptoms of multiple sclerosis, an incurable and degenerative neurological illness in which the body's immune system attacks the myelin coating of the nerves in the brain and spinal cord.

Multiple sclerosis is a fiercely destructive disease that can cause anything from paralysis to blindness. Yet it is also, as Donlan starts to discover, a perversely creative force. As his young daughter starts to investigate her environment, he too finds himself exploring a strange new landscape, in which the mind's secret layer of mediation between perception and reality starts to break down in bizarre, frightening, and sometimes beautiful ways.

This is The Unmapped Mind, the shifting and bewildering territory of the brain. With no hopes of escape, the best means of survival is to become an explorer, mapping the outer reaches of an environment in which unexpected things can happen at any moment, and looking for guides, such as the great figures of neurology itself. These are the original cartographers of this place, and they sometimes risked imprisonment and madness to chart the secrets of human experience. Leontine is the reason for embarking on this adventure in the first place. Will she be a victim of her father's multiple sclerosis, or will she become an ally, joined through the magical substance of myelin, as it advances through her brain in an explosion of cognitive powers even while it recedes in her father's?

Praise for The Unmapped Mind:

‘Excellent.. he describes the brain in vivid, poetic detail.. Donlan is an excellent observationalist.. Despite what (he) reckons with, he always find wonder’ The Financial Times

‘Timely, free of sensationalism, humorous and poetic, frank, thought-provoking and ultimately uplifting. […] Donlan gives an insider’s view of the mass of confusion, sometimes euphoric clarity of a sort, sometimes a fatigue that feels like a “hollowing out” of aspects of the personality he thought was his, a serenity that is sometimes mere emptiness rather than a potentially helpful Zen calm.’ The TLS

‘Poignant and funny’ The Times