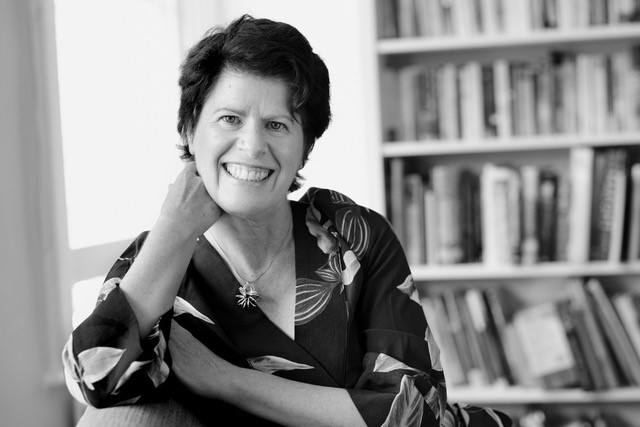 Brenda Eisenberg was born in South Africa, a second-generation member of the Jewish community, after her grandparents had fled there from eastern Europe.

At eighteen she travelled abroad for the first time, having won a literary tour of England through a national essay award. A few years later she made London her home, where she still lives with her partner.

She holds an Honours degree in African History from the University of the Witwatersrand and in the final years of apartheid she worked as a publisher with leading South African activists and writers such as Chris van Wyk and Karen Press, to bring hitherto neglected stories to a generation of young black South Africans.

Her short story Under the Black Hat was published by Bloomsbury through the Asham Award and she has worked under the mentorship of Booker-shortlisted writer M J Hyland, along with Trevor Byrne. She is a graduate of the CBC six-month novel-writing course.

The Weight of Small Stones is her first novel.