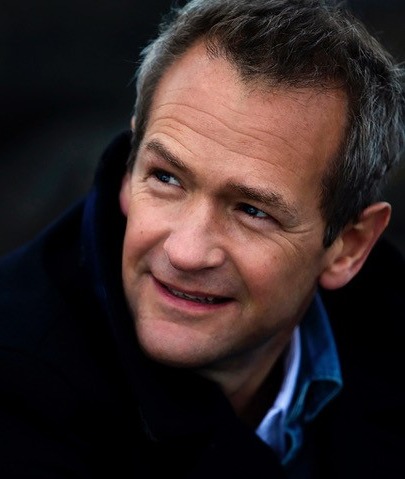 Alexander Armstrong is an English comedian, actor, television presenter and bass baritone singer. He is best-known as one half of the comedy duo Armstrong and Miller who starred in four series of Armstrong and Miller and The Armstrong and Miller Show. He has hosted the BBC series Have I Got News For You more than 20 times and has co-presented the hugely popular TV quiz show Pointless, alongside Richard Osman since 2009.

After the huge success of the BAFTA nominated show The Real Full Monty in 2018, Alexander returned for the third series show The All New Monty 2019: Who Bares Wins alongside Ashley Banjo to raise awareness of cancers in the intimate areas of the body.

In 2015, having already published three books, two more hit the shelves, The A-Z of Pointless, co-authored with Richard Osman and Land of The Midnight Sun, in which Alexander documented his adventures during his two-month trip to the Arctic for ITV.

After over a decade in television and comedy, classically trained bass baritone Alexander returned to his musical roots releasing his debut solo vocal album, A Year of Songs, in November 2015. It reached number 6 on the UK Albums Chart in its first week and topped the UK Classical Charts. Upon A Different Shore was Alexander’s second studio album released in October 2016. It debuted at number 8 on the UK Albums Chart. He released his seasonal album In A Winter Light the following December.

Since September 2014, Alexander has presented his own weekend afternoon programme on Classic FM. In addition, Alexander became the host of its flagship weekday programme, becoming only the fourth presenter of the weekday show- Classic FM’s most popular programme- in the station’s 28 year history.