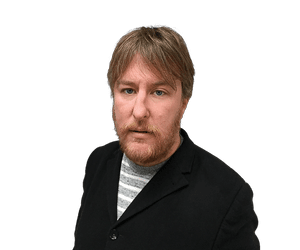 John Rhys Harris was born in Wilmslow in 1969. He is a British journalist, writer, and critic. He is the author of So Now Who Do We Vote For?, which examined the 2005 UK general election, and The Dark Side of the Moon, which offers a behind-the-scenes look at the production of the same name by Pink Floyd in 2006. His articles have appeared in Q, Mojo, Shindig!, Rolling Stone, The Independent, the New Statesman, The Times, and The Guardian. Harris currently lives in Somerset.

The Last Party: Britpop, Blair and the Demise of English Rock (2003).

Britpop!: Cool Britannia and the Spectacular Demise of English Rock (2004).

The Dark Side of the Moon: The Making of the Pink Floyd Masterpiece (2005).

Hail! Hail! Rock’n’Roll: The Ultimate Guide to the Music, the Myths and the Madness (2009).