The Convictions of John Delahunt 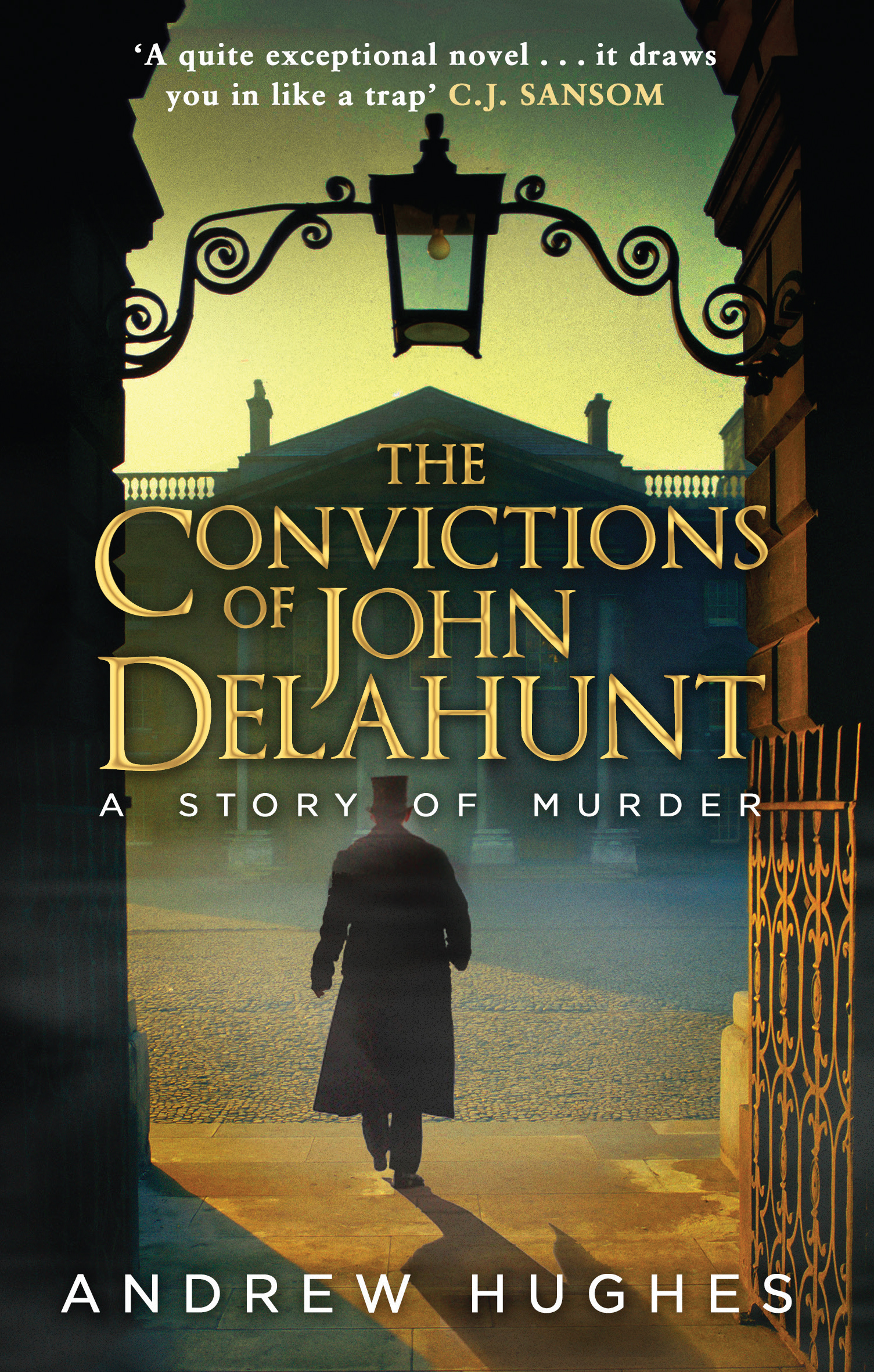 THE CONVICTIONS OF JOHN DELAHUNT is a fictionalised account of John Delahunt, the true-life murderer and Dublin Castle informer, and it’s a story which gripped and appalled Dublin society at the time… On a cold December morning, a small boy is enticed away from his mother, and his throat is savagely cut. Two months later, Delahunt awaits his execution, convicted of the brutal crime. But when Dublin learns why John Delahunt committed his vile crime, the outcry against him leaves no room for compassion. Sitting in Kilmainham Gaol in the days before his execution, Delahunt tells his story in a final, deeply unsettling statement…. Set in Dublin in the middle of the turbulent nineteenth century, with hints of rebellion against the Crown in the air, THE CONVICTIONS OF JOHN DELAHUNT presents a colourful assortment of characters: carousing Trinity students, unscrupulous lowlifes, dissectionists, phrenologists, blackmailers, and sinister agents of Dublin Castle who are operating according to their own twisted rules. Shot through with dark humour, it is a gripping portrait of one man’s. Andrew Hughes graduated from Trinity College Dublin with a B.A. in history and English, and from University College Dublin with a higher diploma in archival studies.

‘(O)ne of many striking set pieces... a remarkable first novel.. At once a close character study and a sweeping panorama of the era... this fascinating book is a stirring work of fiction and a perceptive chapter in Ireland’s social history’. - New York Times Book Review

‘This impressive first novel compellingly imagines the lead-up to a real murder committed in 1842…. the horrible logic of the plot leads to an entirely plausible though surprising twist.’ - The Guardian

‘A ghastly, riveting tale’ - Entertainment Weekly (one of their 10 Great Summer Thrillers)

'A memorable novel.. A chilling story of a man gradually losing all sense of what makes life worth living' - Sunday Times

'THE CONVICTIONS OF JOHN DELAHUNT is in my opinion quite remarkable. I think it is a quite exceptional novel, let alone first novel. Ireland has produced more than its share of fine writers and Mr Hughes is another. The world he creates has echoes of Kafka and Orwell, all the more unsettling because it lies beneath a veneer of early Victorian respectability, and is totally convincing. It draws you in like a trap and the conclusion is unexpected and touching.' - C J Sansom, author of Dissolution and Winter in Madrid

'The Irish spy novel comes in from the cold… A vivid piece of writing.. brings to mind Andrew Miller’s Costawinning novel, Pure.’ - The Irish Times

‘This beautifully written tale of cruelty and redemption is as unforgettable as it is harrowing.’ - Publishers Weekly (starred review)

'Reminiscent of John Banville.. a bracing, lurid tale that is as engrossing as it is chilling, and a fascinating glimpse into one of the darker periods in Dublin's history' - Irish Independent

‘I found this novel unputdownable. The story the narrator tells of his gradual involvement in the shadowy world of perjury and betrayal organised by the Dublin police in the 1840s, is fascinating, and the ruthlessness that gradually emerges is chillingly portrayed. It’s a superb evocation of a specific place and time . . . the horrible logic of the plot leads to an entirely plausible though surprising twist. This is a highly sophisticated first novel and whets the appetite for the author’s next.’ - Charles Palliser, author of The Quincunx and Rustication

‘This is a compelling and eerily authentic crime story highlighting the very real and brutal moral dilemmas facing those struggling for survival in 1840s Dublin. Read it and be grateful to be alive in our day and age.’ - Robert Goddard

'Assured, gritty, utterly steeped in a sense of time and place so overwhelming that it's taken me several hours to come back to the twenty-first century. . . . the book was stupendous: a brilliant achievement for a first novel, completely compelling and with a perfectly damaged central character.' - Manda Scott

‘A dark, original story wrapped in a wonderful gothic gloom set in a solidly realised and historically plausible version of early Victorian Dublin. And the character of John Delahunt is fascinating – both deeply sinister and at times almost sympathetic: it’s a tough act to pull off, but Andrew Hughes manages it with brio. I heard echoes of James Hogg and Robert Louis Stevenson.’ - Andrew Taylor, author of The American Boy and The Scent of Death

‘Reminiscent of John Banville’s The Book of Evidence . . . a bracing, lurid tale that is as engrossing as it is chilling, and a fascinating glimpse into one of the darker periods in Dublin’s history.’ - Declan Burke, Irish Independent

‘Andrew Hughes does for early Victorian Dublin what Peter Ackroyd has done for mid-19th century London. This is to create an extraordinarily detailed world, impeccably researched to satisfy any student of history, while also being so superbly written that it soars as a masterly work of fiction . . . utterly compelling *****.’ - Dermot Bolger, Irish Mail on Sunday

'John Delahunt is the most charming and lethal sociopath in Irish literature since Freddie Montgomery in John Banville’s The Book of Evidence.'-  Irish Examiner

'An intriguing debut (that) sets out Hughes as one to watch.' - Sunday Times Ireland

'The historical novel is having a renaissance… THE CONVICTIONS OF JOHN DELAHUNT is the first work of fiction by archivist Andrew Hughes and is a skilfully planned, elegantly written debut. The reader is immediately drawn into the world of Delahunt as he pens his statement from his gaol cell and.. the author ingeniously creates empathy with him. Hughes richly details the streets and lanes of Georgian Dublin, the castle with its underground passages, punishment rooms, the underworld of prostitution and public hangings in Thomas Street… A riveting read.’ - Irish Independent on Sunday