The Conviction of John Delahunt 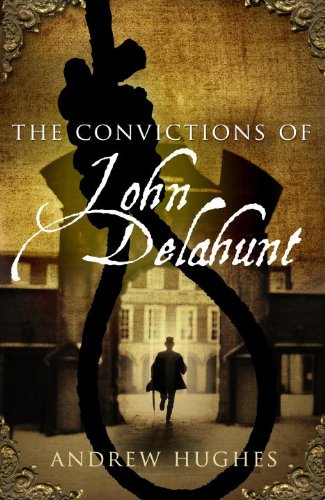 On a cold December morning in 1841, a small boy is enticed away from his mother and his throat savagely cut. But when the people of Dublin learn why John Delahunt committed this vile crime, the outcry leaves no room for compassion. His fate is sealed, but this feckless Trinity College student and secret informer for the authorities in Dublin Castle seems neither to regret what he did nor fear his punishment. Sitting in Kilmainham Gaol in the days leading up to his execution, Delahunt tells his story in a final, deeply unsettling statement...Dublin in the mid-19th century was a city on the edge - a turbulent time of suspicion and mistrust and the scent of rebellion against the Crown in the air, beautifully written, brilliantly researched and with a seductive sense of period and place, this unnervingly compelling novel boasts a colourful assortment of characters: from carousing Trinity students, unscrupulous lowlifes and blackmailers to dissectionists, phrenologists and sinister agents of Dublin Castle who are operating according to their own twisted rules. And at its heart lie the doomed John Delahunt and Helen, his wife. Unconventional, an aspiring-writer and daughter of an eminent surgeon, she pursued Delahunt, married him and thereby ruined her own life. And as for Delahunt himself, we follow him from elegant ballrooms and tenement houses to taverns, courtrooms and to the impoverished alleyways where John Delahunt readily betrays his friends, his society and ultimately, himself.