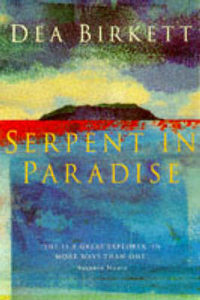 Home to 36 islanders - descendents of the "Bounty" mutineers - Pitcairn has no cars, no crime and no doctor. For two centuries Fletcher Christian's children, whose culture is a blend of of Polynesian and 18th-century English, have lived out a social experiment. After two years' persistence and a 4000-mile sea voyage aboard a chemical tanker, Dea Birkett realized her dream of reaching this furthest outpost of the British Empire. This is an account of the author's quest for Utopia in the tiny community of Pitcairn in the South Pacific. The book reveals how Birkett found herself caught up in a web of intrigue, decades-old disputes and thwarted desires. Birkett's first travel book, "Jella", won the Somerset Maugham Award and was shortlisted for the Thomas Cook Travel Writer award.