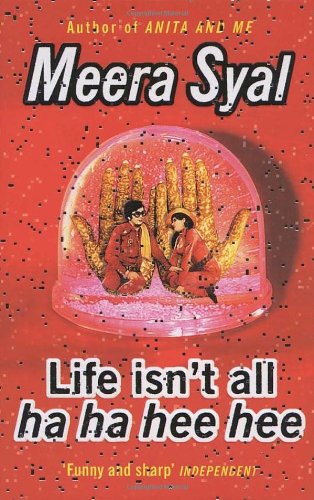 On a winter morning in London's East End, the locals are confronted with the sight of a white horse skidding through the sooty snow, carrying what looks like a Christmas tree on its back. It turns out to be a man covered in tinsel, with a cartoon-size turban on his head. Entrepreneur Deepak is on his way to get married. As he trudges along, he consoles himself with the thought of marrying Chila, a nice Punjabi girl (a choice which has delighted his surprised parents) does not mean he needs to become his father, grow nostril hair or wear pastel coloured leisure wear.

LIFE ISN'T ALL HA HA HEE HEE is the story of Deepak's bride, the childlike Chila, and her two childhood friends: Sunita, the former activist law student, now an overweight, depressed housewife, and the chic Tanja, who has rejected marriage in favour of a high-powered career in television. A hilarious, thoughtful and moving novel about friendship, marriage and betrayal, it focuses on the difficult choices contemporary women have to make, whether or not they happen to have been raised in the Asian community.