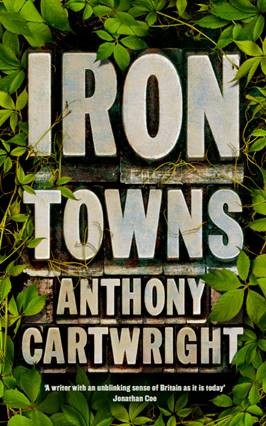 Iron Towns will be Serpent’s Tail lead title in 2016. It is a stunning portrayal of Britain, a magisterial novel about the dreams of youth and what happens when those dreams recede. It is an important novel of working-class culture reminiscent in scope to the work of David Peace, and will set him out as one of the best young writers in Britain today.

Anthony Cartwright’s debut novel won the Betty Trask Award in 2004. His second novel, Heartland, was praised by Jonathan Coe, David Peace, Catherine O’Flynn and DJ Taylor amongst many others. It was shortlisted for the Commonwealth Writers Prize, and was a Book at Bedtime on BBC Radio 4. How I Killed Margaret Thatcher, was shortlisted for the Gordon Burn Prize.

'Accomplished...Cartwright's pacing is expert, restrained and skilful.. this is not a book that yearns for relentless tension, but the subtler pleasures of texture and flow.. In places the prose becomes almost visionary... Cartwright achieves something bold in Iron Towns: a fictional enactment of communal identity and shared culture.' the Guardian

'Iron Towns is one of those rare things - a book that lives up to its ambitions, and those ambitions are big. It's a dense but tender portrait of a world that few bother to notice, much less write books about. I loved the layering of the mythic and the prosaic, the intimate and the broad. An impressive and distinctive novel.' Catherine O’Flynn

‘An elegiac portrayal of Dudley in the 1980s’ – Guardian

‘This is what fiction should be and what readers want it to be: passionately engaged. The ambition and achievement shine forth from every sentence’ – David Peace, author of The Damned United

‘A writer with a wonderful ear ... and an unblinking sense of Britain as it is today. Anthony Cartwright’s patient, attentive storytelling shines a glowing light on areas of our common experience that the English novel usually consigns to darkness.’ – Jonathan Coe

‘This brilliantly realised novel expertly interweaves the stories of friends on either side of a stricken community’s social and religious divide.’ – Esquire

‘This slice-of-life novel is ambitiously structured. A welcome and timely take on England now, from a talented and thoughtful writer.’ – Carol Birch, Independent

‘Movingly traverses the territory of the human heart.’ – Independent on Sunday

‘Similar scope to Don DeLillo’s Underworld and such ambition pays. This impressive novel succeeds in giving voice to a part of the country that is more frequently spoken about than listened to.’ – The Observer 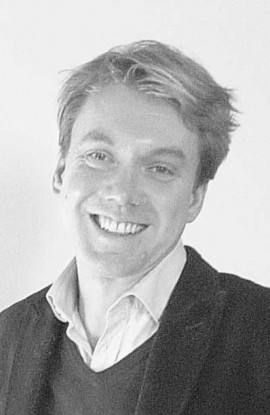