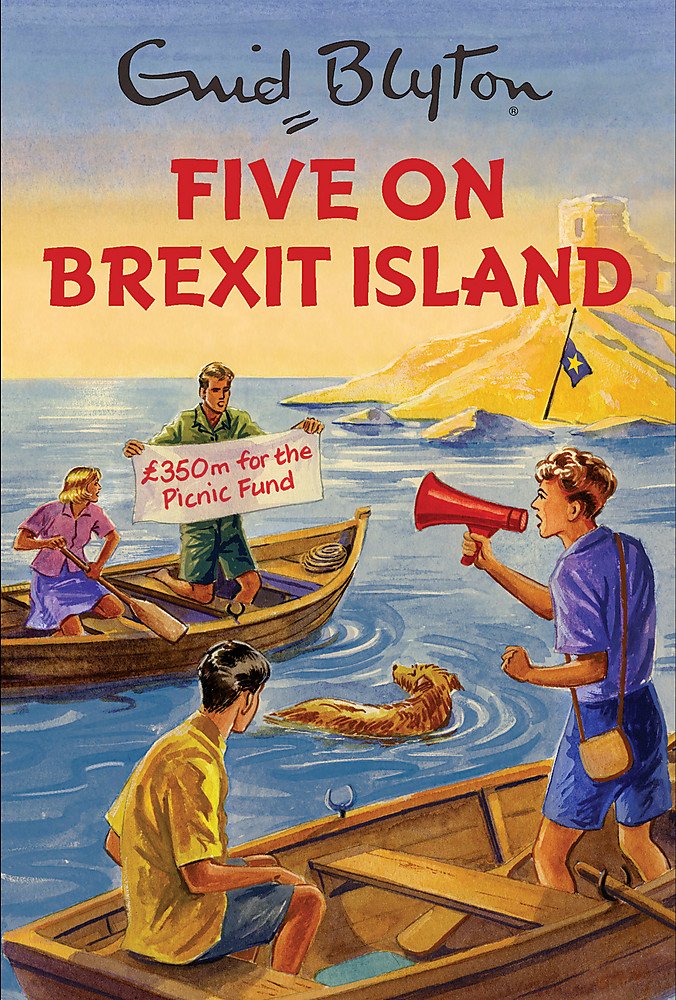 It is the night of the referendum and the Five have retired to Kirrin Island to enjoy the fresh air and sunshine, fed up with the rancour of public debate. George is firmly a 'remainer,' whilst Julian, who is in the 'Brexit' camp, is tolerated on the grounds that Anne cannot bear to go camping without him. (Timmy, largely apolitical but not keen on cats or rabbits, joins them too.)

The night is tempestuous in more ways than one. George has managed to rig up a satellite link with the mainland so they can keep abreast of the news, and they sit huddled around the fire, amidst some tension, as George's initial hope that the 'remainers' will triumph proves premature...

Meanwhile, a violent storm whips up. The damage is apparent as the new day dawns and George declares a new meaning for Brexit: Kirrin Island is exiting Britain...that is, until the red tape becomes too much of a challenge and their happy life together is under threat.