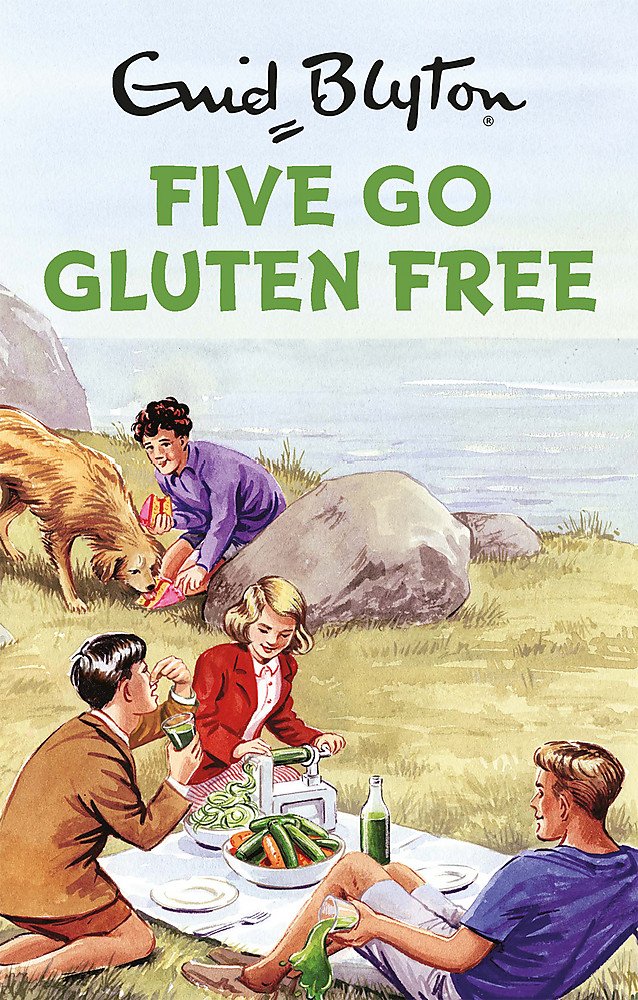 Julian, Anne, Dick, George and Timmy are all feeling really rather rum, and it's been going on for days. Nothing seems to work, and with their doctors mystified, they're driven to trying out various expedients to cure themselves. Julian goes online to self-diagnose that he's got pancreatic cancer, bird flu and Creutzfeldt-Jakob Disease. Anne decides that the old methods are the best and decides to have herself exorcised - which proves to be an awful lot of bother for everyone, and such a mess. Dick goes to a witch-doctor who calls himself a 'homeopath' ('sounds only one short of sociopath, Dick!') but it's George who discovers they need to go on an exclusion diet, so they enter a world of hard-to-find, maddeningly expensive specialist foods . . .