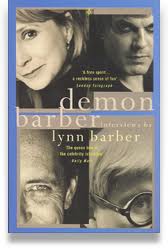 This is an account of the relationship between the Press and the British monarchy and its downfall. Why did the relationship change? How much was it as a result of public opinion, or was public opinion influenced by the Press? To what extent is the Murdoch Press responsible? Is it all a plot by the Australian media? What is it like to be a journalist or photographer making your living from watching the Royals? Or to be the media advisor to Prince Charles? A succession of bad royal marriages have culminated in a feud between Charles and Diana in which the Press is their chosen weapon. Journalist Lynn Barber analyzes the relationship of the Press and the Palace.