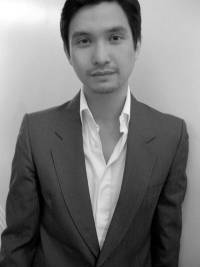 Miguel Syjuco, from Manila, is the author of Ilustrado, the debut novel which won the 2008 Man Asian Literary Prize as well as the Palanca Award, the Philippines' highest literary honour. The son of a political family, Miguel ran away to become a writer and has made a living as a medical guinea pig, B-movie extra, eBay power seller of ladies' handbags, and an assistant to a bookie at the horseraces. More recently, he has worked as a copy editor, freelancer and reviewer at major international publications. He has a master's degree in creative writing from Columbia University and is completing a PhD in English literature from the University of Adelaide in Australia. Miguel's current literary writing explores the possibilities of narrative fiction and examines the complexities of a Third World society involved in reckless decay and hopeful progress. Some of his goals in life are to have everyone be able to pronounce his surname properly (see-hoo-coh) and to introduce the world to the storied Philippine culture that is far more than just domestic helpers, Imelda Marcos and the guy who shot Versace. Part of the peripatetic millions-strong Filipino diaspora, he has temporarily alighted in Montreal. Ilustrado will be released in early 2010.