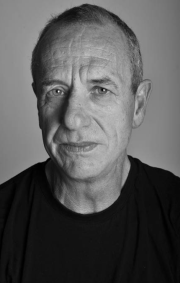 Arthur Smith was born in London in 1954 and was educated at the University of East Anglia (UEA). He has written two screenplays, four and a half plays, six one man shows, thirteen published short stories and poems, over three hundred newspaper columns and an uncountable number of gags for radio and TV. As well as the Olivier-nominated An Evening with Gary Lineker, which he co-created with Chris England, Smith's other plays include 1989's Live Bed Show, which starred Caroline Quentin and Paul Merton and ran at the Donmar Warehouse. He has also written an autobiography, My Name is Daphne Fairfax (2009). Smith lives in a farmhouse in Ireland with a wife and seven children and another wife. Or he lives in London with none of these.

100 Things I Meant To Tell You: Rants, Rhymes and Reportage from the Original Grumpy Old Man (2020)